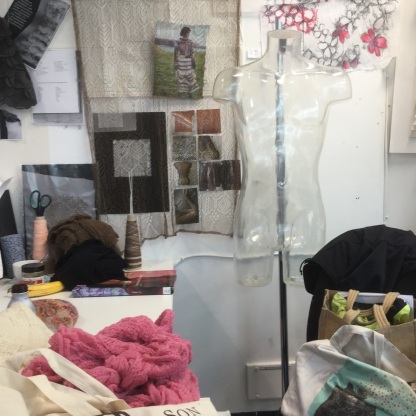 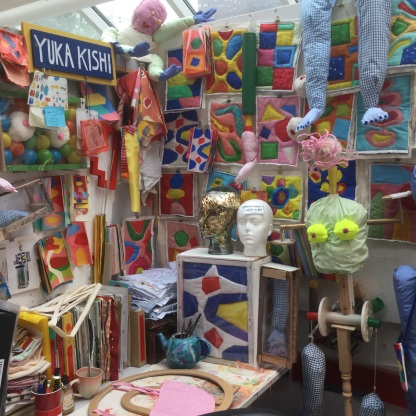 For some weeks, I have been hoping to collaborate with Yuka Kishi at NTU to make something together, without plan or expectation.  Yuka’s work is bright, fun, experimental and lively. She’s on a scholarship from Japan and has been in New York also working with Susan Cianciolo Thompson.  Yuka’s work is made of printed fabrics and found objects.  Mine is totally different – maybe more traditional – knitted and sewn but somewhere along the way, I felt that we had a common thread.     Yuka collects found pieces of fabric and knitting and other things to use in her work as well as creating very colourful prints and life size fabric dolls and smaller ones.  I’ve never really talked to Yuka about her work and strangely, even after working with her for 5 hours today, we never really talked about our respective creative practice.   We only really talked about what we were doing. There was great, unspoken, mutual respect and neither one took the lead and we also let each other do things to the piece with and without discussion.

We got together initially to make something out of found or thrown away fabrics and knitting.

I had collected two bags of machine knitted lace from my visit to G H Hurts in Nottingham from my visit earlier this year and Yuka brought pieces of jackets, sleeves, and fabrics that she had found in the sewing dept at Uni that had been thrown away. 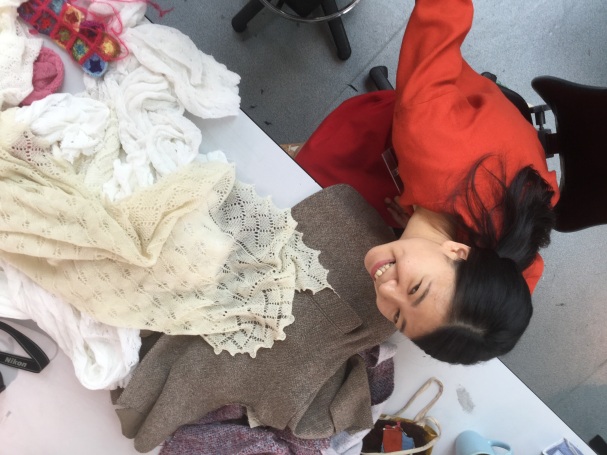 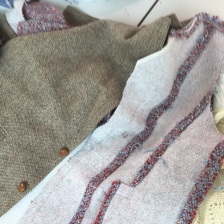 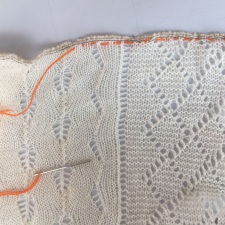 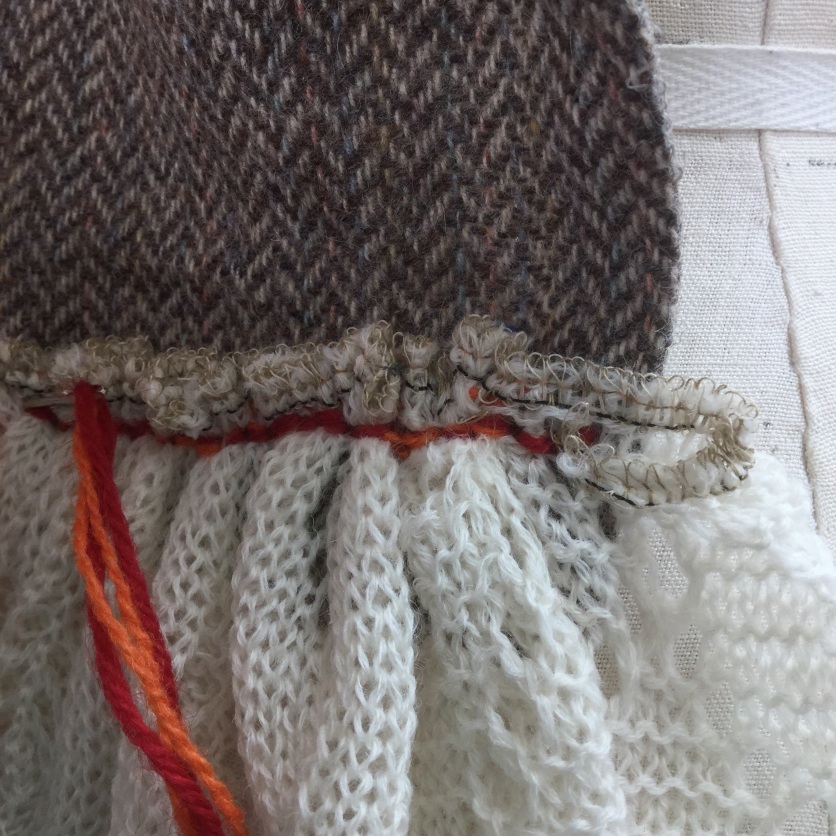 During the 5 hours, we machine sewed, overlocked, hand sewed, embroidered, pinned and tacked random pieces of fabric together, with and without even talking.

Some ideas were discussed, and some were just run with.

The back is an East meets West, partly looking like a kimono, a tweed jacket and traditional lace knit. It grew into something quite lovely. 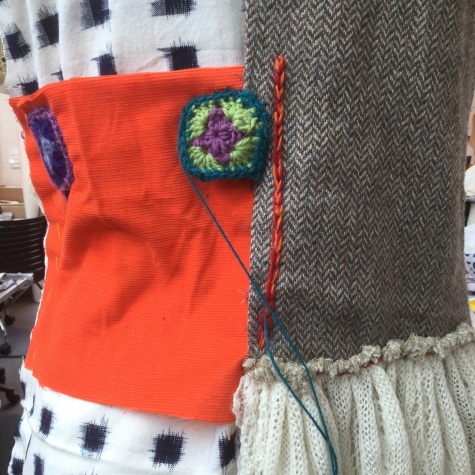 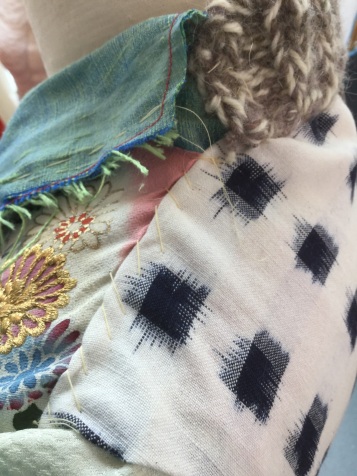 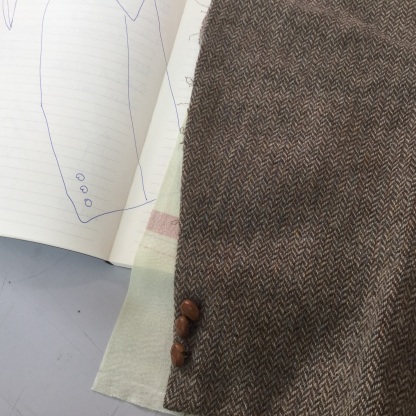 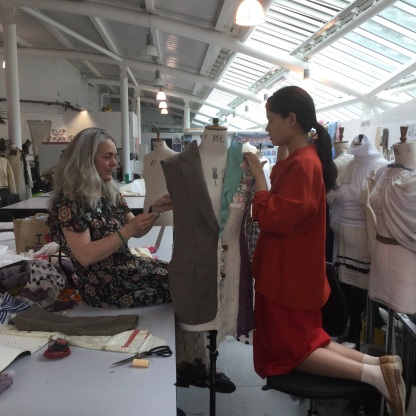 It’s a piece born out of a quick chat – it’s a piece really of nothing but for me, it broke the spell of me not wanting to go to Uni.  I have begun to question why I am there.  And 5 hours flew by – 5 hours flew by.  I didn’t think of my worries or of anything other than making – that’s got to be good hasn’t it? 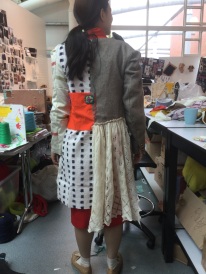 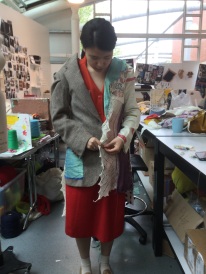 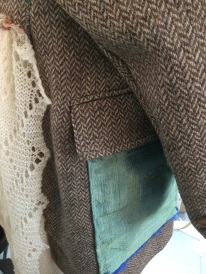 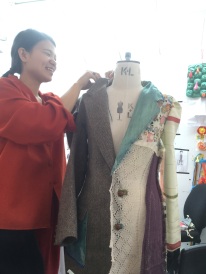 Afterwards, we reflected on what we’d made – really very little

but more than that, we both felt that the practice of just making and doing is quite priceless especially in the company of another where there is no conflict or difficulty – just having a go. 🙂